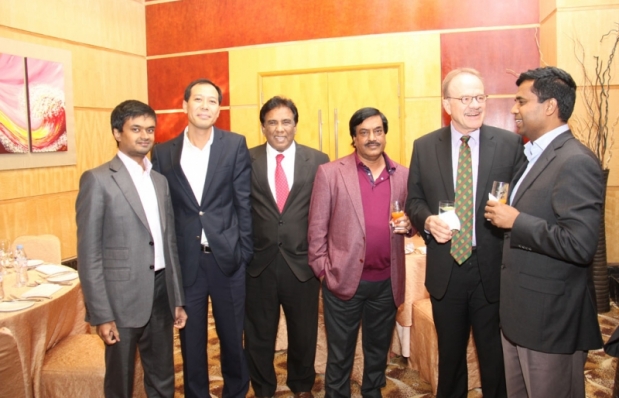 The outgoing Ambassador of the United States of America (USA) in Bangladesh, H.E. Dan W Mozena was given a farewell by the Management of Orion Group at The Westin, Dhaka on December 18, 2014. In this auspicious occasion, few more distinguished guests including Government High Officials, Ambassadors of some other countries had ornamented the program as well. The farewell program was hosted by Mr. Mohammad Obaidul Karim, Chairman of Orion Group and Mr. Salman Obaidul Karim, the Managing Director of Orion Group. Senior Officials from the host organization were also present.Mr. Mozena was presented a crest by the Chairman of Orion Group.

Mr. Mozena had served the position of Counselor for Political and Economic Affairs, U.S. Embassy, Dhaka from the year 1998 till 2001. Again he was appointed as the U.S. Ambassador to Bangladesh during 2011 and served till 2014. He pioneered different projects financed by the US backed donor agencies. During his tenure, Mr. Mozena visited many important landmarks namely, the Mayor Mohammad Hanif (Jatrabari-Gulistan) Flyover, the longest Flyover of the country built by Orion Group under PPP project with Government. He loved Bangladesh and the people of this country. During his tenure, Mr. Mozena helped the poor people, especially the women and children of this country a lot. With the help of the embassy, he had visited many NGOs, village projects, farming lands, irrigation projects and many more. He was the well-wisher for the poor & farmers.